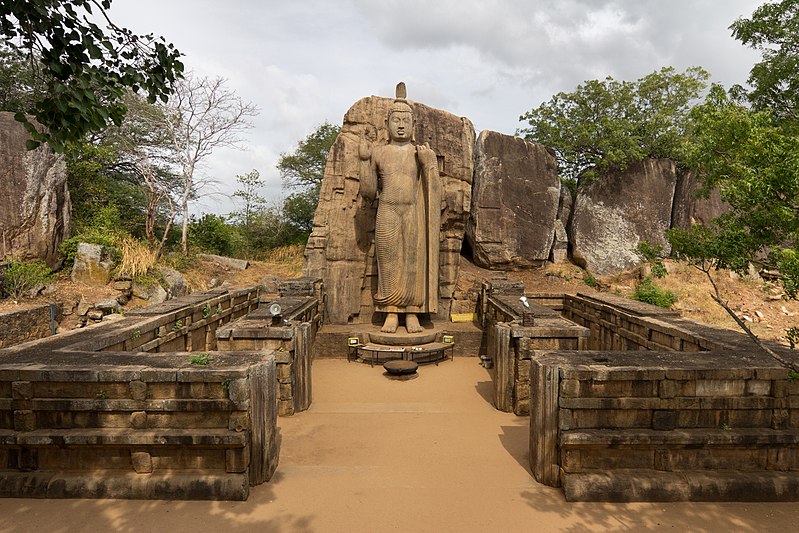 Aukana Buddha Prathima (Statue), which was located in 30 km Northwest of Dambulla closer to ancient Kalawewa, is said to be the tallest standing Buddha Statue in Sri Lanka, with a height of 11.36 meters.

This sculpture is carved according to the Abhaya Mudra, also known as the ‘gesture of fearlessness,’ this statue is carved out in round connected to rock boulder in the back of the statue.

The skill of the sculptor is shown through the precession of the carvings. It is said that the degree of alignment of the statue is such that raindrop on the nose would drop straight down to small depression carved between the toes.

Aukana Statue apart from being a prominent place among the Buddhist could also be a prominent place among the students of arts and culture. Apart from the religious background of this stature, there is a rich cultural heritage embedded as well. Unusually for a student of paintings, sculptures and culture, who is studying Iconography, the statue of Aukana could be of paramount importance. Furthermore, as the figure is situated near the Kala wewa, the breeze from the Kala Wewa, together with the tranquil nature of the environment could bring peace of mind to any individual visiting this place.