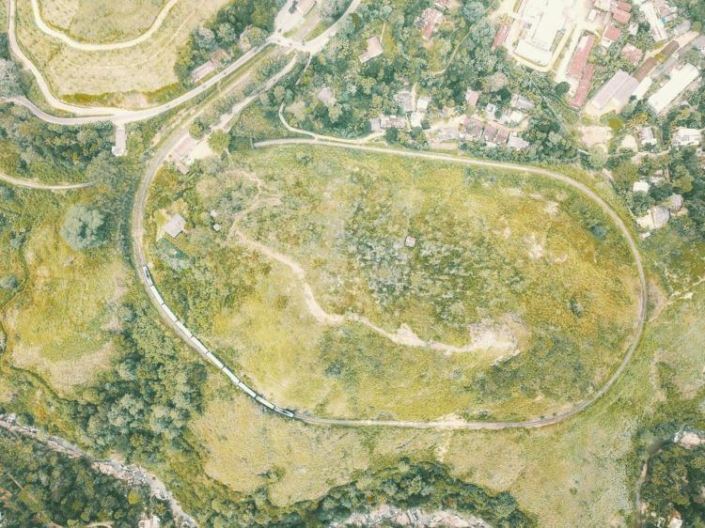 Demodara loop, which is en-route to Badulla, is a masterpiece created by the father of hydro-electric power in Sri Lanka, Mr D. J. Wimalasurendra who brought up the concept of designing the railway loop that winds its way around breath-taking mountains and through tunnels that match the elevation on both sides.

At the time, the Ceylon Government Railway allowed a maximum inclination of 1:44 (1 foot per 44 feet), and this concept had to be brought about. This winding railway loop is said to be have been inspired by a local farmer who suggested building the tracks the way his turban was tied.

If you are travelling from Ella, the Nine Arches Bridge can be reached by a tuk-tuk ride from the Ella town or a two-kilometer hike through tunnels along the railway tracks. Several vantage points can be found around the bridge for photo opportunities, including a small eatery.

From the bridge, you can hop back in your tuk-tuk or continue hiking for 4 km to the Demodara station to walk the loop. It is also said to be the only railway loop in the world that features a tunnel directly below the station, which can be seen from the station grounds.

If you’ve arrived by car, tuk-tuk, or train, a short downhill walk from the platform will lead you to the tracks. Be sure to check the train schedule before your visit both locations to plan photo opportunities and also for your safety, as there is only one track, but several tunnels. A model of this Loop is also available at the Demodara Railway Station and the station master would be happy to explain the concept to you.

For train arrival times, check out Demodara Railway Loop in our top things to do in Ella article.

The trip through the tunnels is amazing as you wind your way through hills that have been artistically designed as tunnels.

Built nearly 100 years ago, both of these railway feats have since been hailed as civil engineering marvels in Sri Lanka, as seen in commemorative stamps released in 2014.

Interested about Ella? Check out our ultimate guide to this touristy little town. 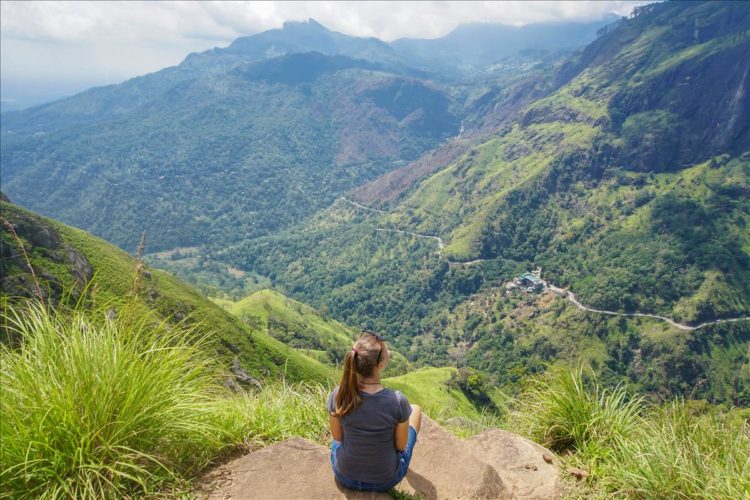