Jethawanaramaya Stupa is one of the tallest stupa of Sri Lanka. The stupa was constructed by the King Mahasen, between the years 273 – 301. The Jethawanaramaya stupa holds the relic of the Lord Buddha’s sash or the waist tie. The Stupa is also considered to be one of the prominent destinations listed under the sixteen places (solosmassthanaas the locals say), that a devoted Buddhist should visit at least once in their lifetime. Visiting this stupa is not only limited to Buddhists, but any person who has a common understanding and love for ancient irrigations and cultural heritage of Sri Lanka should also visit the Jethawanaramaya Sthupa.

This Stupa, which was a monastery at one point, was said to have been the home for the Sangika sect of the Buddhism. The difference of its denominations could be seen through its architecture.

The most prominent key feature of this temple is about the statue of reclining Buddha, which was painted in vibrant colors. As Jethawanaramaya is a sacred area of Buddhist, many come here to offer flowers, oil the lamps and burn incense sticks and offer their prayers to get some tranquil and peace to their mind.
As it is a traditional sacred place, it is best advised to visit the compound-complex during the poya days, where prayers and many offerings were offered. Furthermore, as you visit the temple complex, feel free to take some time, sit of the verandah of the Stupa, and close your eyes for sometimes. The cold winds coming from the tank brushing through your body will give you peace and tranquility. It’s best that you visit this place during the night time, as the sun rays could be too hot. Key feature of this structure was done by 90 million bricks. It was said that more than 100 elephants was used to build the temple. 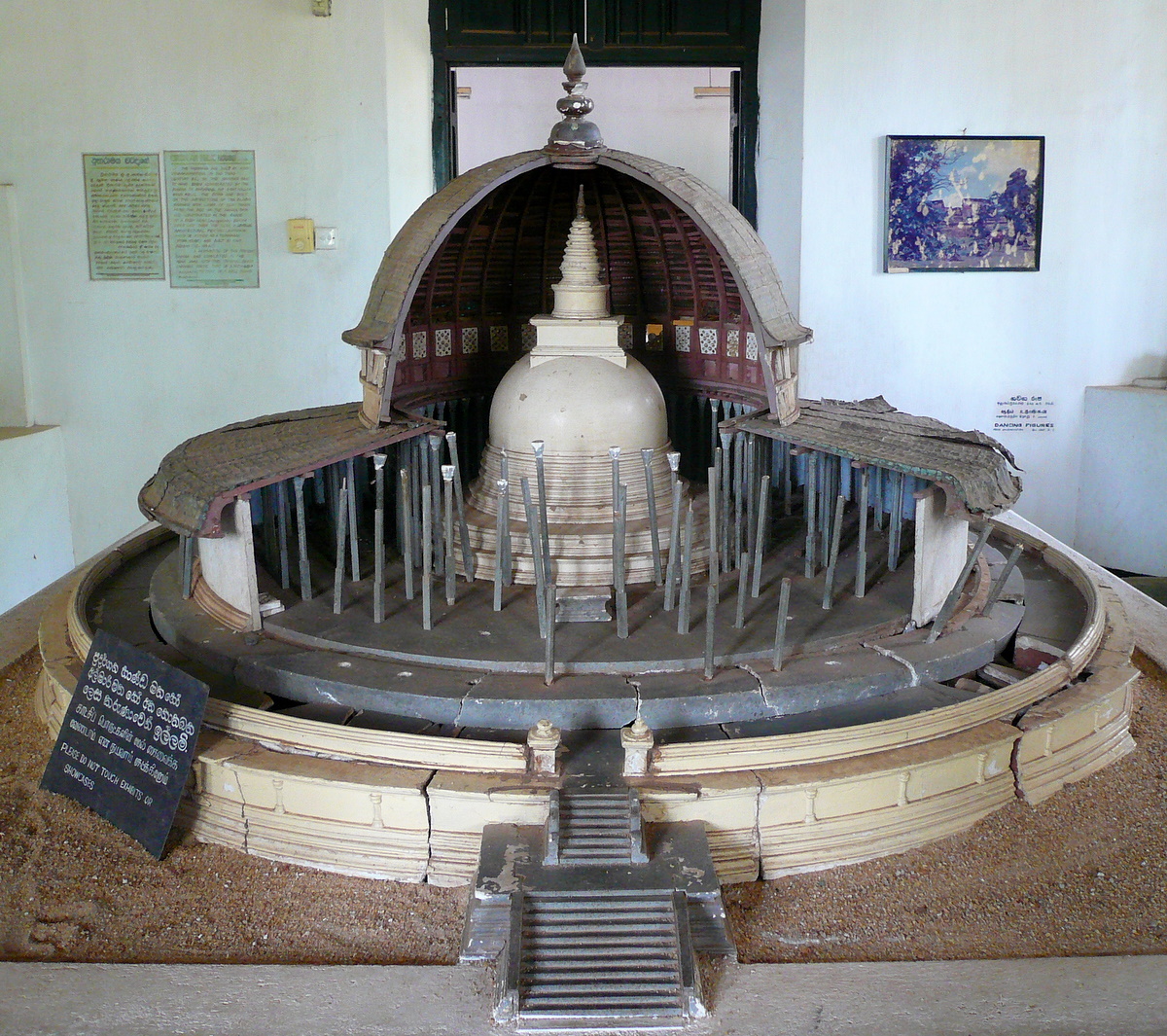 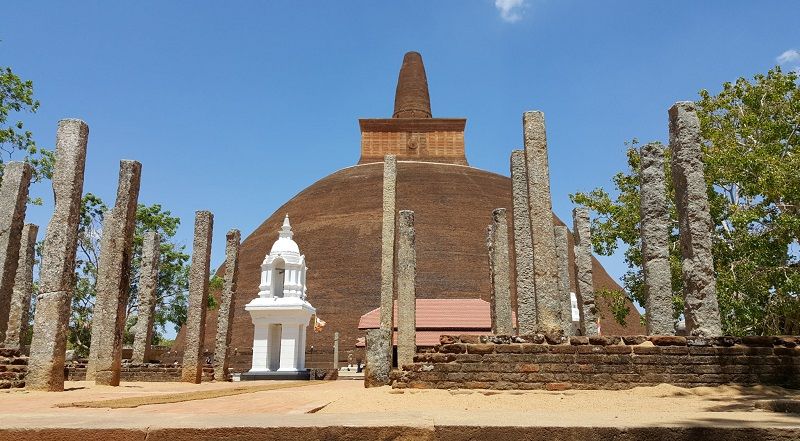