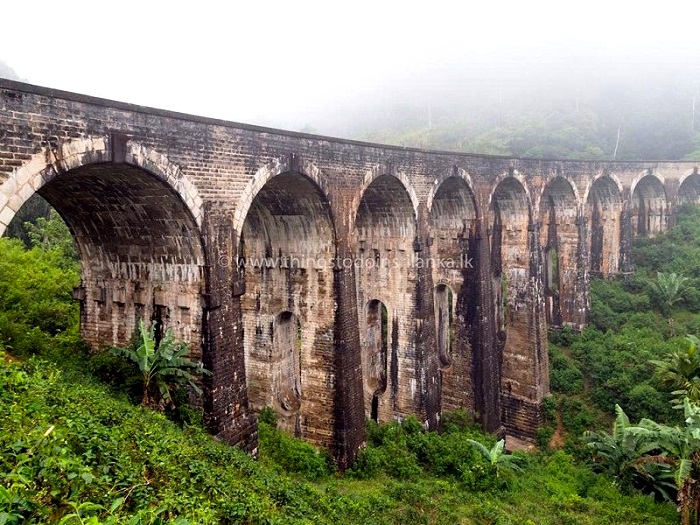 The nine arch bridge has been constructed connecting two peaks between Ella and Demodara railway stations. It is one of the most iconic bridges in all of the Sri Lanka. This phenomenal construction was built by local, 1921 in British colonial period by using entirely out of bricks and cement without a single piece of steel.

If you look up when standing below the bridge, then you can see sky among the arches. Therefore The nine arch bridge also called as “ The Bridge Of The Sky ”. It has been designed over 3100 feet above sea level, with 25 feet in width, 80 feet in height and 300 feet in length.

According to a famous folklore about the construction of this viaduct, the engineers who built the railway line from Colombo to Badulla, had to build a bridge with a bend across a valley that located beyond Ella railway station. But the task became very difficult because of a quagmire in the valley in between and the lack of steel caused by 1st world war.

Learning these issues, a man named P.K. Appuhami who lived in Kappatipola in Welimada came forward and requested to take over the project. British officials finally agreed to hand over the project after Appuhami was rejected 1st time. He constructed the bridge using brick and cement within single year. Engineers stumbled to use the viaduct due to the low cost and the low duration of the project. Hence, Appuhami had been proved it’s strength by lying under the bridge while the first voyage.

But according to a report that published by Engineering Association of Ceylon in 1923, in service engineer of Railway Construction Department by then, Cuthbert Marwood is the creator of this amazing bridge.  After all, the bridge is still operational today, while the train runs several times a day. 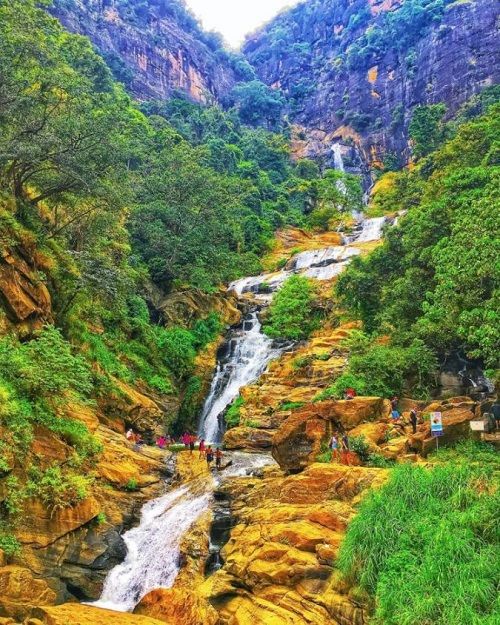 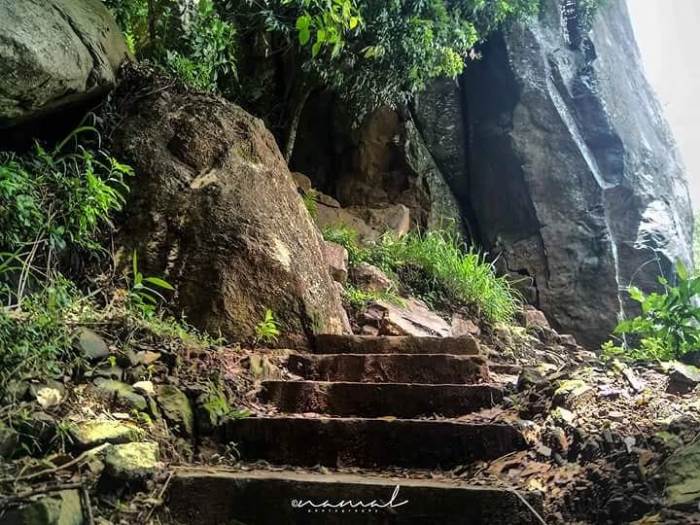