If turquoise beaches and powdery white sandy beaches what you crave for, head south to this tranquil beach town of Mirissa for a healthy dose of Vitamin Sea. You won’t miss that holiday you spent on beaches in Thailand.

There are 03 known areas of the sea that Whales and Dolphins can be observed in Sri Lanka; Mirissa, Trincomalee and Kalpitiya. Mirissa is quite famous since most sightings have occurred in the Weligama-Mirissa-Dondra area.

There are as much tour operators as Dolphins in the sea, so choosing a legitimate operator is a tough task. Choose a reputable company with great reviews. Your journey starts in Mirissa fisheries harbour in the early morning.

Operators usually use double decked ships and have own stuff to attend to the passengers. There is always a guide on-board to explain things.

Tour operator you choose must be a licensed one by Department of Wildlife Conservation . Which ensures that proper regulations have been followed. This also ensures the proper conditions of the ship used by the operator. The license agreement also emphasizes procedures that every operator should follow not to disturb the wildlife. ( Source )

Some of the tour operators (based on reviews)

What types of Whales can be seen? (I meant glimpsed, they are really shy)

What types of Dolphins can be seen?

What is the season for whale watching?

Whale watching season for Mirissa is November to April. Even though tours are operated in other months, this season has a higher chance of sightings. If anyone insists you go during the off-season, here none of that. It’d be a waste of your time and money.

However, May-October is the whale watching season in Trincomalee, you might want to try there if you really want to have this experience.

What is the cost?

Cost varies on the operator and boat types, but it generally falls around LKR 3,000 – 6000 per person.

How long will it take?

The allowed time slot for this excursion by the authorities is 5:30 AM to 07:00 PM. Boats spend sometime around 04 to 06 hours on the sea.

Tips for the journey

Mirissa is a trending surf point in Sri Lanka. The crescent-shaped Mirissa beach is ideal for intermediate to experienced surfers. The break is located to the west of the beach along the left curve of the bay. Absolute beginners can try the Weligama surf point where it has beach breaks.

The point break waves are pretty consistent with decent swell direction. The swells hold up to 3-5 feet.

Some useful facts and numbers

There are many surfing schools that provide surfing lessons to beginners in Mirissa area. Most provide these services in addition to accommodation. Check out Surf N Yoga in Mirissa.

Chill at beaches in Mirissa

The crescent-shaped Mirissa beach is located very close to the town can be accessed directly by the Galle-Matara main road at some points. It stretches along the largest bay of Mirissa close to a kilometer from the rocky headlands of the west to the Parrot rock to the east.

Once you’re on the beach looking at the horizon, it is shuddering to think there are no lands between here and Antarctica.

Even though it used to be a hidden little beach the word has been out for too long now it is hoarded with beach beds, parasols and um.. tourists.

There are, however, not many locals hanging around and none of the annoying beach boys to sell you god knows what.

If you’re coming from town, hit Sunanda road just opposite the town’s main bus stop and turn left to the beachside road and go about 120m. There is a shortcut to the right which ends up in the surfing area of the beach. Beach is also accessible via many beachside restaurants and bars.

Many guesthouses and bars are located from 500m to 01km from the town towards Matara. The beach can be accessed by the main road thence.

Did you know? The sand here used to be white but the 2004 Tsunami obliterated it. After continuous efforts by the government , it has been replenished but nowhere close to the pristine beach that it once was.

What is the Mirissa beach season?

The best time to visit is from November to April when the temperature is somewhat subdued and less chance of raining.

This not so secret “Secret beach” is located just west to the Mirissa beach although it cannot be accessed directly from there. The pioneering people who found this beach must’ve named it thus for lack of a better word but the word has certainly gone around.

This little, secluded beach, however, is less crowded and more tranquil than the famous Mirissa beach. There are no sunbeds, noisy beach bars, and hordes of tourists. No sir.

Secret beach is located in a laid-back area surrounded by headlands and palm trees. You can easily hire a tuk-tuk for this but if you’re an exploring soul like me, you’d like to find the way on your own. Just follow the route guide below.

What to do in the Secret beach?

Unlike somewhat rough sea in the main beach of Mirissa, this quaint little place has almost white sand and shallow crystal clear waters. It’s perfect for a swim, snorkel and chillax. There is a guest house/bar which is still under construction just by the beach but you can ask the owner for any support needed. The name is Suranga and his contact number is 0716-430898.

Not only the hill country but southern beaches also have viewpoints. The coconut tree spot is one such viewpoint located at the extreme eastern corner of the 03rd bay of Mirissa. This headland affords panoramic vistas over the Mirissa beach and another perfect place to chill and watch the sunset.

The safest way to get to the Palm tree grove (Another name) is by the road.

The spot can also be accessed from the Mirissa beach but there is no exact path. When you’re at the parrot rock, glance towards east you should see the spot at the distance.

Just walk along the shores carefully because there is no beach but piles of rocks. At the base of the headland where the palm grove is, climb up the slippery path to the palm grove.

There is board saying this is a private property but you can just ignore that. It goes without saying that but be aware of falling coconuts.

When you’re at Mirissa beach, you simply can’t miss it. It is the mound of land that sits there to the left of the beach separated only by a thin strip of sand  (Google Maps). The name derives from the shape of the rock which is about 50 ft in height.

To get to the rock, you’ll have to wade through a small strip of sea. The depth depends on the tide . Probably you can get away with getting wet only below your waist. There seem to have been a proper pathway before but it has succumbed to the wrath of the sea.

The path to the small hill is a barely visible stairway and can be a bit tricky hence don’t try this after consuming alcohol.

Once at the top spend your time to capture that perfect insta-moment. You’ll be blessed with 360 views of entire Mirissa beach and surroundings.

Make sure to capture the sunset while you’re at it. If you have got a drone, this is a perfect place to fly it. Watch out for crows though.

Please be careful while you’re trying reach edges since this place has not proper railings and such.

We hope you’ve got the information you were looking for and enjoyed the article. If it didn’t meet your need or you want to share your experiences in Mirissa (good or bad), do leave us a comment and we’ll get back to you.

Don’t forget to check out our destination guide to Mirissa as well. 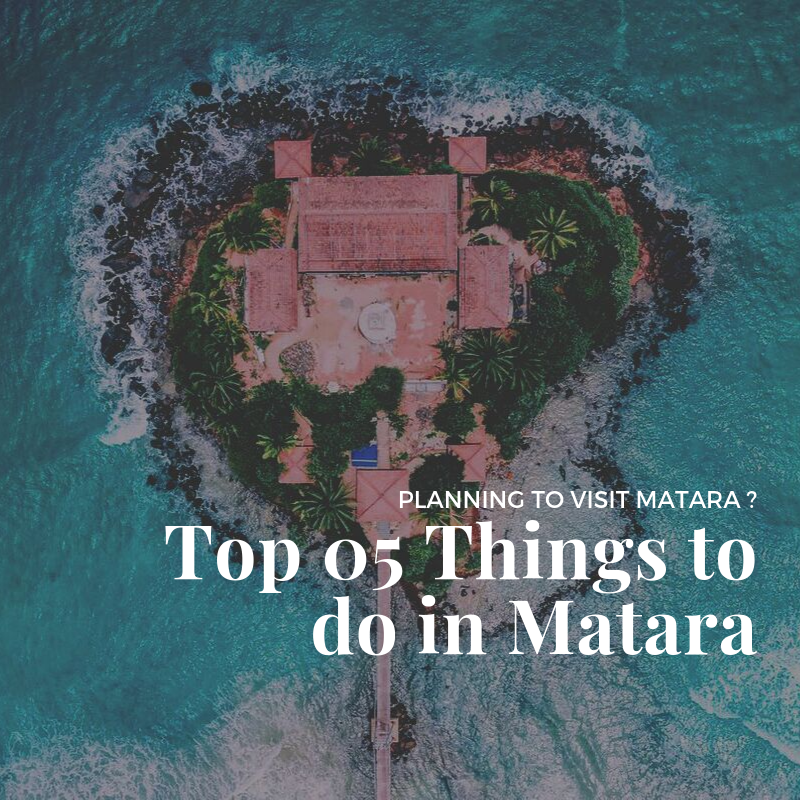 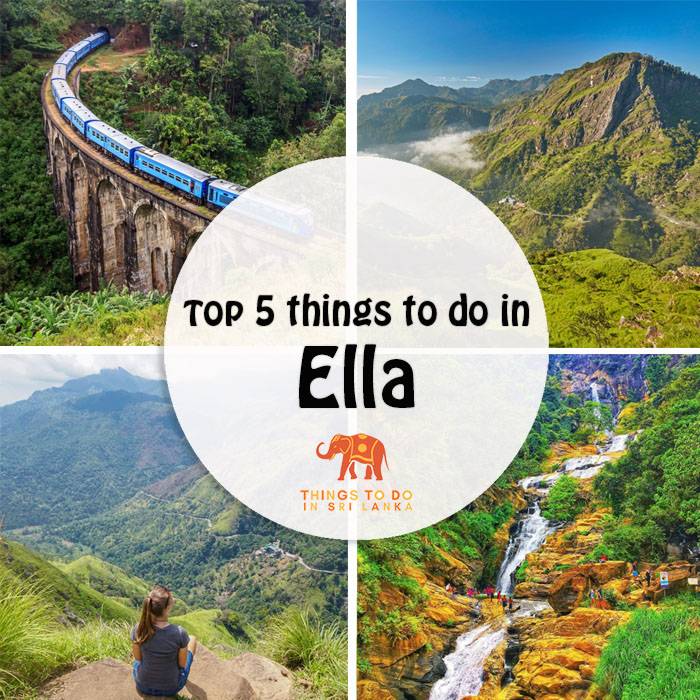 Top 5 things to do in Ella, Sri Lanka 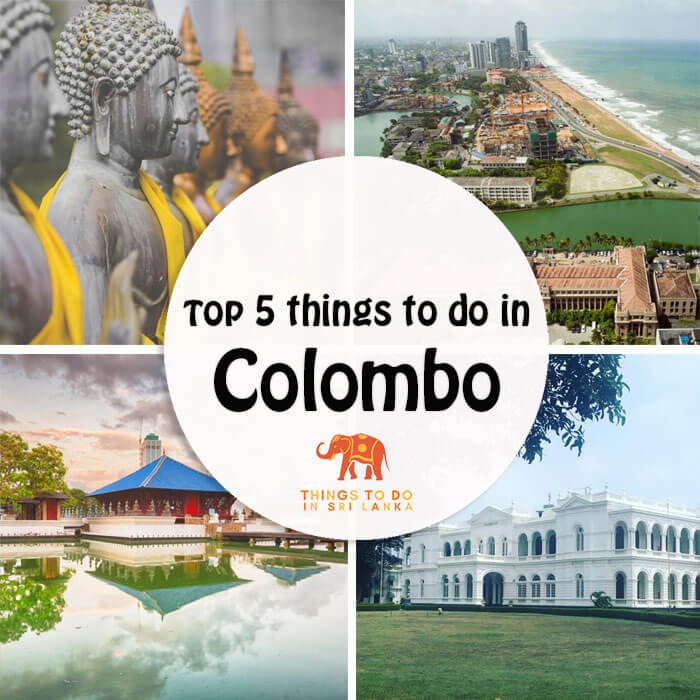